Scribblings From the Heartland

This jack-o-lantern is so feather-light you can hang it on the wall with straight pins! Pictorial how-to:

END_OF_DOCUMENT_TOKEN_TO_BE_REPLACED

Filed under: Uncategorized — The Traysers @ 9:51 am
Tags: Halloween DIY, Jack-o-lantern

This jack-o-lantern is so feather-light you can hang it on the wall with straight pins! Pictorial how-to:

END_OF_DOCUMENT_TOKEN_TO_BE_REPLACED

Some Mistakes You Never Stop Paying For December 29, 2011

A great line from one of my favorite movies – The Natural. When Roy Hobbs admits that he has to quit baseball, he says, “Some mistakes I guess we never stop paying for.”

So true. I’ve felt that most especially in the last few hours. This undoubtedly cathartic account will probably be excruciating to read, but I write none the less.

In October, I lost another job, a job that I was performing well but for which my employer could no longer afford to pay me. These things happen, right? It is a blessing in disguise as I was working an unsustainable number of hours and was probably due for a crash-and-burn of epic proportions.

Then just a few short days later, while ordering a Grande Skinny Vanilla Latte at my neighborhood Starbucks, I decided to apply for a job, as a barista. I probably have never thought about any decision less.

I began training, and for 2 weeks learned the (rudimentary) ropes: warming breakfast sandwiches, arranging the front display case – you know the one – the one that’s filled with all those delectable treats. Tasting various brews. Taking customer orders (hard!) Tendering customer’s orders (fun, not as hard!) Tip-toeing into Barista World. Carefully. Wow – was that overwhelming.

Every time I turned around I was making a mistake. It was one of the hardest jobs I’ve ever had, and not one I was well-suited for.

So, after 2 weeks of training, I quit. Gave one week’s notice, and I was done. It was then I decided that maybe I should apply for unemployment.

That lapse of 5 weeks or so between when I got laid off at the end of October and when I applied for unemployment was the mistake I’ll probably never stop paying for.

I was interviewed over the phone by an IDES (Illinois Department of Employment Services) team member who basically wanted to know why I quit Starbucks. I told her that the job was completely unsuited to who I was.

That apparently wasn’t a good enough reason, because I just found out about 3 hours ago that my unemployment claim has been denied.

This is the second time in 2 years or so that I’ve had  an unemployment claim denied. The first time was the State of Michigan telling me I hadn’t worked long enough to claim unemployment. Wait, huh? So, you’re punishing me because I was unemployed before being employed? Makes no sense.

Then, this time I was denied because I quit a job totally unsuited to me and applied for unemployment insurance 5 weeks too late.

I am sad, depressed, angry, fed up and feeling entirely helpless right now.

But, on the upside, I do feel a sense of catharsis in this re-telling.

It’s a beautiful summer evening in Chicago. We don’t get many like this. It’s about 80 degrees, sunny & clear, not too humid & as the sun sets, the long shadows bring out the best in our suburban landscape.

We haven’t had rain in a while (more than a week?) so I took time to water the potted flowers. They need it! The vegetable garden is busy producing its mid-summer bounty: beans, peppers of many varieties (banana, jalapeno, bell), snow peas. Best Husband has used these to produce many a stir-fry, and even a marinade (with banana & bell peppers, minced) that was used to grill up a scrumptious salmon meal a few nights back.

The tomatoes aren’t yet ready…they’ve blossomed, but that’s about it. It’ll still be a month or so before they’re ready  to harvest. But, when they’re ready…oh, man! Is there anything better than a newly picked Big Boy? Not much!

As the sun wanes off to the west, I’m thankful for so many things. A healthy and happy family, filled with wonderful adult children. Comforts of home. Air-conditioning (a must this past couple of weeks.) Our church. Our country. Our extended family. Our pets.

It has been a great summer. Thank you, God, for your daily blessings. You love us & we love you.

Happy summer to you, Dear Void!

Wait, huh? I mean I know the world loves football, but – the UFL?? What the heck is that?

Turns out the UFL is a new (1 year old) football league with 5 teams. Greeny’s point, once he got to it, was that Michael Vick would have seen a lot more interest from NFL teams in 2010 had he spent one year in the UFL getting back in shape & proving what he could do.  And, this was apparently topical because Daunte Culpepper recently signed with a UFL team, hoping to increase his value in 2011.

Now, I know I’m going to sound like a whiner (sue me!) but, aren’t there more important things to talk about? Like, for instance, the Chicago Blackhawks! C’mon!

I’ve heard a ton about the East Coast bias (created by ESPN, supposedly,) but now we’ve got a football bias, too? Next we’ll have a East Coast Football bias & then points west of Pittsburgh will fall into sports oblivion.

Unless the Chicago Bears start winning.

It’s time to acknowledge that I’m done. Done being a Cubs fan. For this year, anyway. This means it’s going to be a long, hot summer.

Reasons for this latest summer of my discontent:

2. Lou’s checked out & is so beyond desperate he’s virtually begging to be fired

3. Aramis Ramirez – smells so bad his signature fragrance is thinking of changing its name to “Alfonso”

All this team goodness, and the Cubs record is 15-21. And, they just completed the “easy” part of their schedule. The Cubs now stand 6 games behind the Cardinals with the Brewers, Pirates & Reds all ahead of them.

I’m relieved in a way that I no longer have to worry about this unfortunate 2010 version of the Cubs. I’m throwing my 110% devotion behind a team which plays well together, and plays to win: The Chicago Blackhawks. Here’s hoping my fan misfortunes don’t translate to Hawks losses. 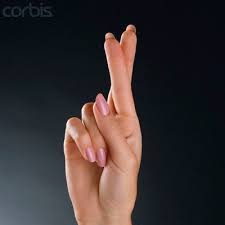 Next Page »
KayTraySay
Blog at WordPress.com.